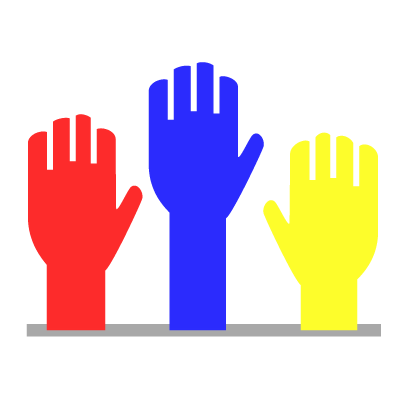 Interest groups (IGs) can be seen as an important ‘transmission belt’ between citizens and public decision makers (see figure). The quality of this function critically depends on the extent to which IGs, first, work on political issues of concern to citizens and, second, influence the political agenda on these issues.

Current interest group studies tell us little about the first point and are inconclusive about the second. On the first, the representative nature of the concerns of IGs is unknown because scholars lack an assessment of the ‘actual’ or ‘unbiased’ distribution of interests in society (Lowery and Gray 2004). On the second, while agenda researchers have made substantial progress in identifying the institutional and public opinion drivers of government agendas (e.g. Jones and Baumgartner 2005), they have largely omitted the potential effect of lobbying on government agendas (e.g. Baumgartner 2010). For their part, students of IG influence predominantly focus on the effects of groups at the policy formulation and decision-making stages of policy making (e.g. Klüver 2013, Dür et al. 2015), thereby neglecting the important ‘second face of power’ (Bachrach and Baratz 1970), i.e. the ability to influence which matters are taken up by governments and which ones are ignored. This means that we do not know how much influence IGs exert over the political agenda, nor can we assess whether any potential influence has a credible or legitimate claim to public support.

This project aims to remedy these shortcomings by assessing the representation of citizens by interest groups at the agenda-setting stage of the policy process in a collaborative, cross-national project. The result will be a path-breaking study of the representativeness of political agendas and the degree of bias in the role IGs play in connecting ordinary citizens and government elites. END_OF_DOCUMENT_TOKEN_TO_BE_REPLACED

Researchers have often assumed that, first, most IGs primarily work on ‘narrow’, special concerns, reflected in the ‘bias’ of the lobby system, and, second, that they have disproportionate influence on the agenda and policy outputs of government. Such scholars argue that advantaged groups can capture government decision-making (Olson 1965, Schattschneider 1960, Stigler 1975), leading to particularistic policies that benefit only a small number of privileged interests. Empirical studies find that IGs do a better job in mobilizing and representing businesses (Baumgartner and Leech 2001), occupational interests (Walker 1991), and the wealthy (Gilens 2012), relative to broader public interests. As a result, the issues and positions that are represented before government are likely be skewed in a way that over-represents these subpopulations. Others maintain that IGs serve as important intermediaries for representing public views to government officials (e.g. Berry 1989). In such a view, the issues of concern to citizens are transmitted to IGs that then signal those concerns to policy makers. This improves citizens’ input into public policy-making between elections, as individual constituents usually do not have the time or ability to effectively mobilize on issues. Interest groups that share those interests can help to represent them before government.

These opposing views on the quality of the ‘transmission belt’ (see the figure above) focus on both the nature of bias of the interests mobilized, and the potential bias in IG influence on the policy agenda. Other factors, such as those related to political parties (Klingemann et al. 1994, Petrocik, 1996, Riker 1995) or the media (McCombs and Shaw 1972, Dearing and Rogers 1996, Gilliam and Iyengar 2000), further shape this representational chain and influence each other: E.g., policies create demand for interest representation and IGs mobilize the interests of citizens (Campbell 2003). While these factors are not the focus of our research, we will control for them by linking our data to studies of party manifestos, the media, and legislative agendas (Baumgartner et al. 2011, Jones and Baumgartner 2005).

Some similarity between the set of public policies citizens desire and the set of policies they receive is fundamental to the proper functioning of democracy. Kimball et al. (2012) report that there is little correspondence between what Americans think are the most important problems facing the country and what issues IGs are working on. Other findings point toward considerable skewness in the distribution of issues across active lobbying efforts (Baumgartner and Leech 2001, Bernhagen and Trani 2013, Berkhout et al. 2015) and in the representativeness of IGs generally (Schlozman and Tierney 1986, Rasmussen and Carroll 2013). ‘Mobilization bias’ describes the phenomenon in which active IGs do not accurately represent the salience and positions of the broader public. In particular, the challenges of collective action predict that the groups most likely to be represented will have concentrated economic interests (Olson 1965) or intensely held beliefs (Oliver 1993: 278), resulting in policies at odds with general public opinion.

An empirical identification of mobilization bias requires knowledge about the universe of issues that people want to see on the agenda, many of which never get organized nor become manifest in some way. Public opinion polls have frequently asked citizens what they think are the most important problems facing the country, but do not usually specify that this issue should be one that the national government should address. Thus, the question often elicits general dissatisfaction with government or nongovernmental concerns, such as moral decline or the way people are raising their children (for the methodological and interpretative challenges of existing survey questions about the “most important problem” see Wlezien 2005). Our survey questions will focus attention on what people wish the national government would do, both in general and in specific policy areas. Only by creating a picture of the universe of potential agenda items that government might attend to can we assess the degree of bias in the set of proposals being pursued by mobilized interests.

Despite widespread belief that government policies are biased toward a nonrepresentative sample of biased interests, decades of research have failed to confirm that IGs with greater advantages in wealth and other resources are more likely than other groups to get the laws they want (Lowery 2013). Two recent large-scale studies (Baumgartner et al. 2009 and Dür et al. 2015) find that financial resources are not a key factor in helping groups achieve their policy goals (also see McKay 2012, Leyden 1995). One conclusion from these empirical studies (Baumgartner et al. 2009) is that both sides of a policy proposal are typically supported by well-resourced interests, and these tend to balance each other out — making it appear as though that money has no effect. However, studies that focus on the decision-making stage merely capture the struggle over the last chips on the table (Lowery 2013) and necessarily miss ‘agenda bias’, i.e., an incongruence between what issues organized interests and the public ask government to work on and what government actually addresses.

We know that agendas matter: The literature has established that experienced IGs seek to influence the formulation of public policy early in the process (Grant 2000, Hall and Wayman 1990, Richardson and Jordan 1979), before the stage of public controversy (Dunleavy 1991) or plenary parliamentary debates (Austen-Smith 1993, Schlozman and Tierney 1986), and ideally even before specific policy instruments and documents are formulated (Baumgartner and Leech 1998). Network theories of the policy process also claim that constraining the policy agenda is a prime means for policy communities to shape policy outcomes (Rhodes and Marsh 1992). Importantly, lobbyists who manage to shape policy early on find their preferences much better reflected in resulting legislation (Dür et al. 2015). But only recently have a few scholars begun to investigate systematically the role of organized interests at the agenda-setting stage of the policy process (e.g. Klüver 2013).

Scholarly concern with agenda-setting is far from new. Indeed, the composition of the agenda for public decision-making is of utmost importance for democratic politics and theory alike. As Dahl emphasized, for a political system to be deemed democratic the demos would need to have the exclusive opportunity to decide what matters are to be included on the political agenda (see e.g. Dahl 1956, 1989). From a theoretical angle, Bachrach and Baratz (1970) pointed out more than 50 years ago that influence might be exercized by confining the scope of political decision-making to issues that are of little or no relevance to powerful actors. Moreover, as these authors have claimed, empirical studies of public decision-making lack criteria for determining what the ‘key’ issues are (1970, 7). Lukes’ third face of power considered the ways in which ‘potential issues are kept out of politics’ (1974, 24, original emphasis). And Lindblom (1977, 204-5) highlighted that public political debate in capitalist countries is overwhelmingly silent with respect to the issues touching upon the legitimacy of private enterprise or the basic patterns of income distribution. For Lindblom, ‘[i]t is one of the world’s most extraordinary social phenomena that masses of voters […] demand very little for themselves’ (209).

While interest in the theoretical arguments of Dahl, Bachrach and Baratz, Lukes, Lindblom, and related work remains strong, their claims have found little empirical application. Meanwhile, empirical studies that have traced and analysed policy agendas in recent years have not linked their insights to questions of lobbying and political influence. There is particular benefit in studying mobilization and agenda bias simultaneously in order to assess whether any mobilization bias affects agenda-setting, or whether, on contrary, mobilization bias is compensated for in the agenda-setting process.